The Benefits of Acupressure

The Benefits of Acupressure

Oftentimes acupressure is referred to as acupuncture minus the needles. What acupressure involves in place of needles is the application of manual pressure, the fingertips are usually used and pressure is applied over certain points of the body. 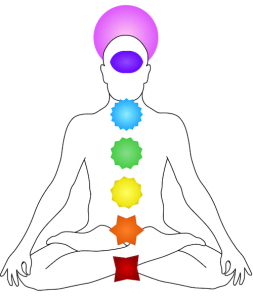 What the traditional Chinese medicine principles explain is that, there is a vital energy within the body that are referred to as “qi” or “chi” and it flows along lines of energy flow which are called meridians. It is believed that there is a minimum of fourteen meridians which connect the organs of the body to other parts of the human body.

The points used in acupuncture and acupressure are found on those meridians. If at any point on a meridian, the chi flow is blocked, it is believed that ailments can be caused and can lead to diseases at any point along the meridian. This is why an experienced chiropractor at Rocky Hill Chiropractic is able to apply pressure in any acupressure point, for example in the foot and an intense headache can be relieved.

Although there is not an exact scientific consensus on exactly how acupressure works, there are those who believe that the pressure promotes the release or relieving chemicals that are found naturally in the body, these are called endorphins. Others theorize that the pressure somehow or another influences that autonomic nervous system.

matter, there have been those that examine the use of acupressure to treat nausea that have generally found it to be highly effective at providing relief.

A particular point found on the inside of a person’s wrist has been used in the studies for nausea relief, this point is called P6. The great thing about acupressure to P6 for nauseas is that it is safe for not only pregnant women, but also those struggling with cancer and other illnesses.

Acupressure is also well known for being the ideal path towards preventive health care due to the fact that it boosts the immune system, helps relieve tension, reduces pain, increases circulation and many believe that it even helps to develop vibrant health and spirituality. At Rocky Hill Chiropractic, acupressure points are stimulated releasing muscular tension, promoting healthy circulation of blood and enhancing the body’s life force energy which aids on the healing process.

If you are looking to relieve pain, relieve tension in the back, improve appearance, fortify your sexual reproductive system, heal emotional pain or improve your health and beauty, call Rocky Hill Chiropractic and set up an acupressure appointment today.

Get Quality Acupressure By Clicking Here!